This page contains only a few recipes. To fully explore the world of cacao, click on the images above and be directed to more cacao deliciousness!

It's so cold you want a hot cuppa - something healthy, but herb tea is just not doing it for you - have a hot cacao (can be black or use a healthy milk alternative such as almond milk or coconut milk with honey or coconut syrup).
​
You can make an instant mix "Spicy Drinking Cacao" pre adding a tiny pinch of chilli powder, dash of cinnamon and nutmeg with your coconut sugar if you can get powdered coconut milk add right proportions into a jar shake well viola - just a heaped tablespoon at a time add hot water- do remember coconut sugar is not very sweet so add more than common table  sugar.  Froth it in blender for extra zoom!

I have found this calms the nerves, makes me sleep soundly, and also as an added bonus contributes to weight loss. WIN-WIN!

YUMMY Deliciousness
Hot cacao is a great  way to consume something nutritious while feeling decadent. But you should buy cacao in its raw form, rather than the highly processed, low-grade hot chocolates that contain nothing but empty kilojoules and little in the way of true cacao.

Nutrients
The cacao bean is also rich in magnesium, an energy mineral and vital electrolyte. This super-food is  also a good source of sulphur. Sulphur is associated with strong nails,  shiny hair and a healthy liver and pancreas.  Medical herbalist  Dominique Finney says the flavonoids in cacao prevent fat-like  substances in the bloodstream from oxidising and clogging the  arteries.  "Cacao has also been found to help regulate blood pressure and  reduce  cholesterol while  building the immune  system."

Drinking a cup of hot cacao  before meals can diminish your appetite by helping the body tune in to its natural appetite. According to Dr Gabriel  Cousens, this is due to cacao's monoamine oxidase enzyme  inhibitors (MAO  inhibitors). This is why it is often added to weight-loss supplements.

The Cons
You can have too much of a good thing. Cacao is very powerful on the central nervous system and over-indulging can interfere with calcium retention. Don't consume more than 40 grams (or four to six heaped teaspoons) of raw cacao a day.

How to eat it
The best way to make sure you're getting the real deal is to start with quality raw cacao powder available in good supermarkets and health food shops. The best powder is dark brown and will taste bitter.

You can make your own hot beverage by mixing the powder with hot water or milk. Some research has found that mixing dairy with cacao inhibits the absorption of the nutrients. So to get the most health benefits from your cup of cacao, try using a milk substitute such as coconut milk, soy milk, rice milk or just plain water.

If you have a sweet tooth, add sugar, honey or agave nectar.

Drinking hot cocao will give you more antioxidants than simply eating chocolate, because the heat releases more antioxidants. That said, Melbourne chocolatier Kirsten Tibballs recommends eating 60 grams of good-quality dark chocolate every day for a healthy body. "There is also a new chocolate called Acticoa that has nine times the antioxidants of red wine and five times more than  green tea."

Mood Enhancer
Raw cocoa is an aphrodisiac because it contains anandamide, a substance that induces euphoria. It also contains phenylethylamine (PEA), which is a mood enhancer. While this super-molecule  exists naturally in the brain, the only other food that contains PEA is blue-green algae. 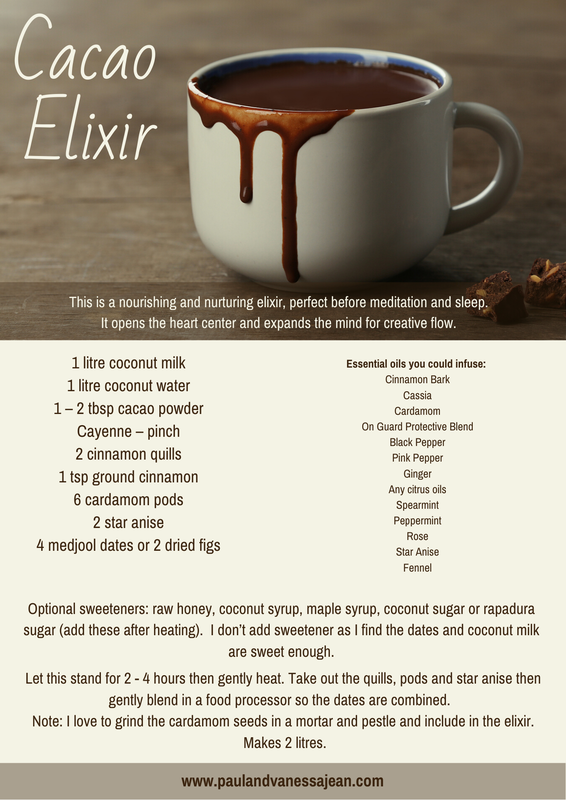 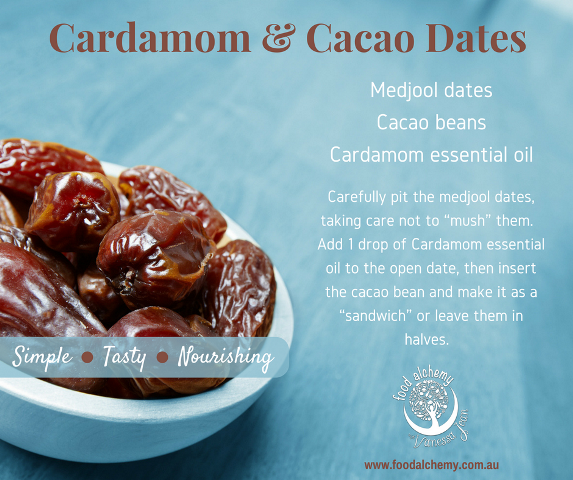 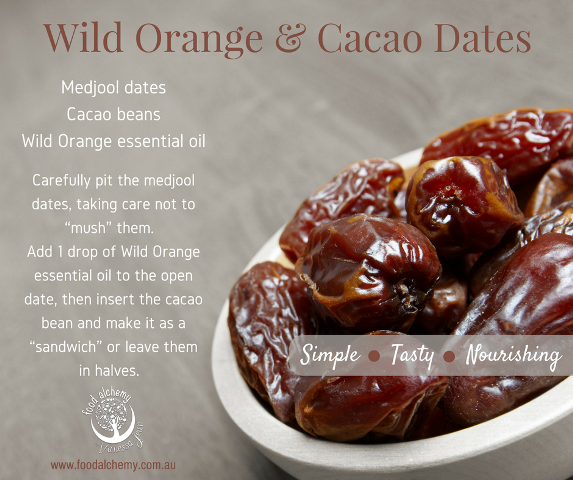 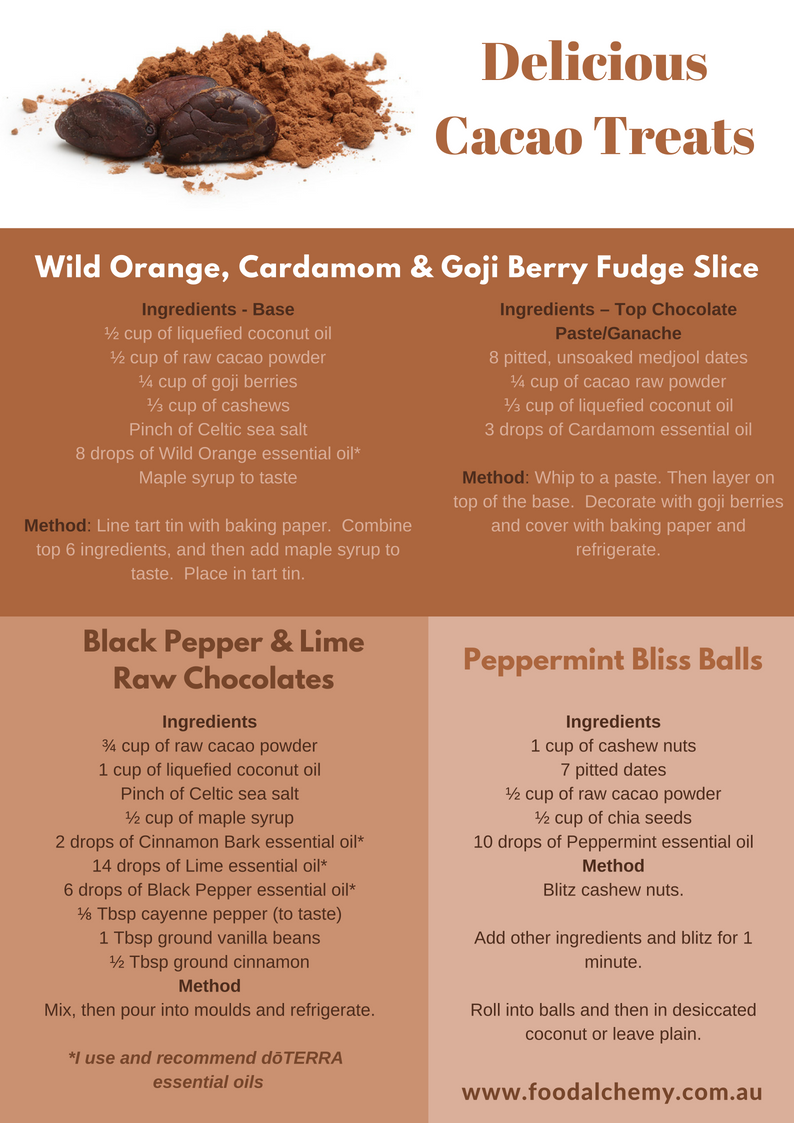